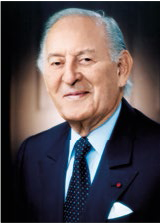 Completing the first year of its Strategic Development Plan 2016-2020, BANK OF AFRICA – BMCE Group net income attributable to shareholders of the parent company breached the MAD 2 billion mark for the first time, reaching another record high and highlighting the Group’s strong growth dynamic both in its domestic market and overseas. Another record was achieved in terms of the size of the balance sheet, which surpassed the MAD 305 billion threshold.

Performance indicators such as consolidated net banking income (+10%) and gross operating income (+15%) registered double-digit growth, demonstrating the underlining health of the Group’s core business. This performance was also due to the Group’s clear willingness to play a supporting role in Africa’s development; the Group, which has one of the most extensive branch networks, has forever shown its determination to place Africa at the heart of its international strategy, promoting African development projects on behalf of Africans.

The Group’s leadership can also be seen in its strategy of accelerating the development of inclusive and sustainable finance at the Group level.The recognition bestowed on our institution, domestically and internationally, is derived from our resolute approach, adopted more than 20 years ago, culminating in our noteworthy presence at the COP22 held in Marrakesh.The pioneering and exemplary commitment shown by BANK OF AFRICA – BMCE Group and its Foundation is regularly recognised by renowned international charitable organisations in their international rankings.

With the backing of it 14,000-strong workforce and diversity of business lines, BANK OF AFRICA – BMCE Group remains committed, as a pan-African financial institution of Moroccan origin, to being a torch-bearer for Africa, a continent which is a genuine ‘new frontier’ of development for the world in this third millennium. Our Group also continues to fly the flag for Morocco as a bridge head and reliable agent for Africa’s development. 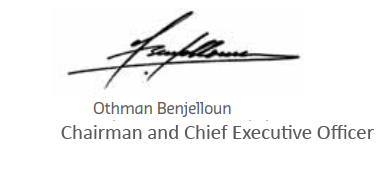